I’ve always rather liked Autumn. It is a rich time, a time to bring in the harvest, enjoy the plenty. I spent a month of summer in the winter of Buenos Aires, a city I’ve been visiting regularly for nearly a decade, and a city which I seem never quite to fully grasp, or rather my understanding of it never comes fully into focus. Before I left for Buenos Aires I pitched a couple of essays to Litro magazine. I wanted to experiment with a form of writing unfamiliar to me, an old fashioned sort of essay; subjective, creative, but nevertheless holding within it some kind of argument or thesis. I also wanted these essays to be a way of working through ideas for my fiction writing, particularly my novel in progress The Museum of Lost Houses. The first essay came on the back of a walk around my barrio. My family had left me to my own devices, so I was fully able to think, write, read as I saw fit. The walk was a way into the writing. In my diary I made a note of ‘the number of old houses that remained hidden in the back streets.’ The old houses of the city have long been a preoccupation of mine. I am fascinated with the way they seem to disappear under building projects, almost overnight, and of how their absence continues to haunt the places they left behind. This basic idea resulted in the essay ‘The Old Houses of Belgrano’ which Litro published online in September 2014. It can be read by clicking on the picture below:

The next essay was written in response to my visit to ESMA, the former School of Naval Mechanics, which doubled as one of the most active clandestine centres during the military government. It is a troubling place to visit, because of its past, yes, but also because of the undeniable tranquillity of its grounds, because of the odd tension that exists between the ugliness of the past and the beauty of the present. We visited it twice, and the second visit, on Children’s Day, when one of the cultural centres on the site was holding a celebration, forms the basis of my second essay, also published by Litro in September. It can be read by clicking on the stop sign below:

October saw me taking the train to London for more Litro related activities. Listen Softly London, who run regular live literature events at The Crown in Southwark, had invited myself and fellow Litro writers Dan Coxon and Reece Choules to read with fuzzy-felt storyteller Ceri May and the Yeti-poet, Gary from Leeds. I read from my story ‘Villavicencio’, another work inspired by my travels in Argentina. It is a story that I have recently sent out to a number of magazines, so I’m hopeful that it should find its way into print in the near future.

Finally, Litro have published my short story ‘Kids Come Looking. Kids Come Back’ in their anthology Transatlantic. This is available in the US on Kindle or via an Oyster ebook subscription. There are some fantastically talented up-and-coming writers included in this anthology, and it is a real honour to have been included in their ranks. 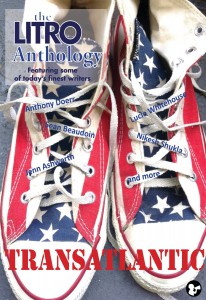 My novel The Buyer was published earlier this year. The novel was completed in 2009 and I had almost given up on finding a publisher for it. In the end a publisher came looking for me and after a wait of a few months said that they would like it to see the light of day. That publisher is CoLiCo Press, the publishing wing of the Contemporary Literature Collective.

‘I am going through the motions again, the illusion of work. The rules are simple. Make sure your hours are long; if possible get in before, and leave after, your boss. Contribute ―succinctly― to as many online discussions as possible. Write during departmental meetings and briefings ―even if it’s a shopping list, or a hit list― and always go away with an easily resolved action point. Dress smartly. Keep a tidy but busy desk. This is how to be Medway.’

David Medway is not who he says he is. In the office he is an exemplary owner-employee, a Toy Buyer for EZe, the world’s biggest online retailer, but offline he is playing a dangerous game, secretly embezzling funds from the company’s accounts. However, Medway has a bigger secret, one that threatens the very core of his identity. Haunted by unsettling dreams and visions, and threatened with exposure and arrest, Medway is forced to confront his past and with it, himself. Set in a convincing near-future society ravaged by sudden climate change and controlled through draconian security measures, The Buyer examines issues of identity, fear, paranoia, and power.

You can order a Hardback copy of The Buyer from Foyles or Amazon. Click on the cover below. 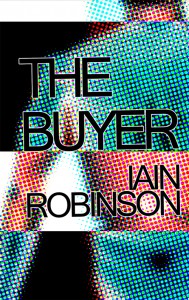 My short story ‘Cascade’ was written in March 2014, mostly in the course of a single day. However, the opening paragraph had been sitting on my hard drive for several years, words and images without a context, waiting for a story to arrive. ‘Cascade’ is the story of a man who wishes to disconnect in a future dominated by intrusive new media technologies. It was published in Litro 134: Augmented Reality. Litro Magazine also very kindly recorded it as a podcast, read superbly by actor Greg Page. You can listen to the podcast here: ‘Cascade’. 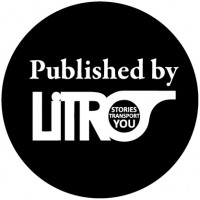