There are some exciting things afoot for all you fathers out there. The writer and editor Dan Coxon is editing a collection of short stories called Being Dad. It will include one of my stories, ‘In the Marshes’. It will include work by Toby Litt, Nikesh Shukla, Dan Rhodes, Courttia Newland, and Nicholas Royle, amongst many others. Fellow Lighthouse editor, Andrew McDonnell has a story in it, as do Lighthouse 8 contributors Lander Hawes and Tim Sykes. There is a facebook page that you can follow as well as a twitter account at @beingdadstories

The collection isn’t due to be published until next year, but in the meantime there will be lots of exciting publicity, including some upcoming interviews.

Published by Salt and edited by Nicholas Royle, the Best British Short Stories anthologies have, over the last few years, become the barometer by which to read the state of the short story form in these isles, a sensitive measure of its emerging trends and writers. Royle’s introduction points to the difficulties of selecting “the best” for such a volume when some of the more established authors cannot be included because their publishers ‘refuse permission on the grounds that the fee offered is too low’. At the other end of the scale many of the stories that appear in this anthology were first published by journals and magazines that simply cannot afford to both pay their authors and remain in print. It is fast becoming recognised that to have a story selected for this volume is an accolade commensurate with winning a high profile short story  competition and one can only hope that in time attitudes will change. Royle is keen to highlight the health of the short story scene in the UK, singling out the ‘encouraging development’ of ‘the rise of the single short story publication — in the form of a chapbook or pamphlet’, as well as acknowledging print and online magazines, anthologies, and academic journals as potential arenas where the short story form can flourish.

It is no small source of pride for all involved that one of the journals that Royle points to is our very own Lighthouse Journal which he describes as ‘now essential’. It was in the Lighthouse submissions inbox that I first encountered two of the stories included in Best British Short Stories 2015. These are Emma Cleary’s ‘Lightbox’, a story alert to issues of privacy, voyeurism, and alienation in an age of social media, and Julianne Pachico’s irresistibly tense ‘Lucky’. Further evidence of Pachico’s great talent is evident in ‘The Tourists’ which was first published as a story single by Daunt Books. A double accolade then for Pachico, and richly deserved. ‘The Tourists’ presents the reader with an account of a drug baron’s party, the unnamed ‘he’ of the story as related by a shadowy and collective ‘us’. The enigmatic quality of the narrator’s voice, together with the steady drip feed of contextual detail, keeps the tension building, and holds back enough for the story to resonate long after its conclusion. Another writer to have appeared in Lighthouse is Jonathan Gibbs, although the story included here was published by the excellent Gorse journal. In ‘Festschrift’ he takes on the ever popular short story tropes of sex and death, exploring them within the context of a middle-aged academic’s attendance to a conference in honour of her terminally ill mentor. This is poised and elegant prose, writing which is alert to the limitations of language in articulating selfhood. ‘Words are a poor cloth in which to dress our acts,’ the narrator wryly observes of her own struggles to articulate her fears and desires. The relationship between self and language is also explored by Joanna Walsh, whose excellent stories I seem to be encountering everywhere at the moment. Her story ‘Worlds from the Word’s End’ imagines the nation falling silent, abandoning language and entering a post-linguistic condition of grunts and gestures, a state in which there are ‘no sayings, now, only doings.’ I admire the way Walsh has taken a basic situation and managed to worry and wring it for all its implications.

Two stories here are ekphratic responses of a sort. ‘The Iron Men’, by Bee Lewis, responds to Antony Gormley’s project Another Place (1997) which is now permanently homed on Crosby Beach near Liverpool. Lewis’s story imagines how personal tragedy might oxidise, turn a man to iron and rust. Neil Campbell’s story ‘LS Lowry/Man Lying on a Wall’ expresses the frustrations of a library worker on a health and safety course. It is noticeable home many of the stories in the anthology are set within the context of an institution of some sort. The academic conference of Gibb’s ‘Festschrift’, the health and safety course of Campbell’s story, the prison setting of Jenn Ashworth’s ‘Five Thousand Lads a Year’, the psychiatric hospital featured in Alan McCormick’s ‘Go Wild in the Country’, the clinic in Uschi Gatward’s ‘The Clinic’, as well as the schools and care homes mentioned in a number of other stories, all point to the ways in which our lives are unmeshed with the mechanisms of institutional power.

The magical, the uncanny, and the downright bizarre are often in evidence. The narrator of Helen Marshall’s ‘Secondhand Magic’ is gamey, a trickster, and thus a suitably resonant voice with which to relate the tale how a child’s obsession with magic tricks becomes something altogether darker.  Alison Moore’s ‘Eastmouth’ flirts with the uncanny. The dark humour it contains provides relief from the unease created by the depictions of bleak seaside vistas and insular coastal inhabitants. In ‘The Lake Shore Limited’, KJ Orr gives us writing that is stealthy, allowing the reader to piece the story together from fragments, glimpses, moments of the whole. ‘The Common People’ by Rebecca Swirsky feels allegorical, and possesses the intensity of a story by Franz Kafka, as if it is (to paraphrase Walter Benjamin) a parable that does not quite smooth out into a simple moral but rather reveals a greater and more puzzling complexity.

The most prominent writer included in Best British Short Stories 2015 is undoubtedly Hilary Mantel, and Royle extends praise to both the author and her publisher, Hapercollins, for allowing her story to be reprinted. ‘The Assassination of Margaret Thatcher. August 6th 1983’ achieved a certain notoriety when it appeared in the Guardian last year causing Tory politicians and sympathisers to close ranks and condemn it, presumably without having read it. The title is self explanatory, and what I loved about this story is not only the way Mantel manages to explore the class tensions of the Thatcher era, but also the way she presents us with fiction as a doorway through which we might imagine what could have been, and by doing so highlighting how very fragile our historical present actually is. And it is surely this ability to open portals onto other worlds, minds, and realities, that is being celebrated in this anthology. The story is the incantation that can open such hitherto unseen gateways. Unlike the novel, the short story holds the attention of a reader over the span of a single sitting, cajoling and challenging by degrees over a time span of ten to thirty minutes, casting on the reader the spell of the story. An anthology such as this is able to take the short story from the often limited circulation of literary journals and present it to a wider readership, with an invitation, as Mantel puts it, to ‘note the power of the door in the wall that you never saw was there.’ 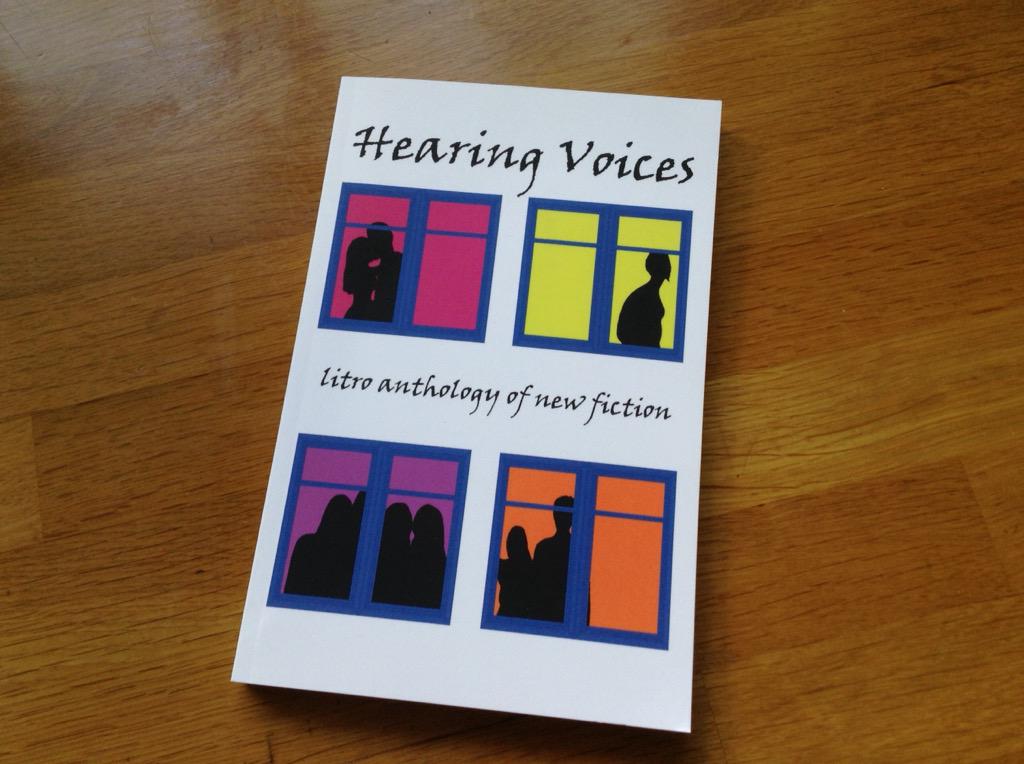 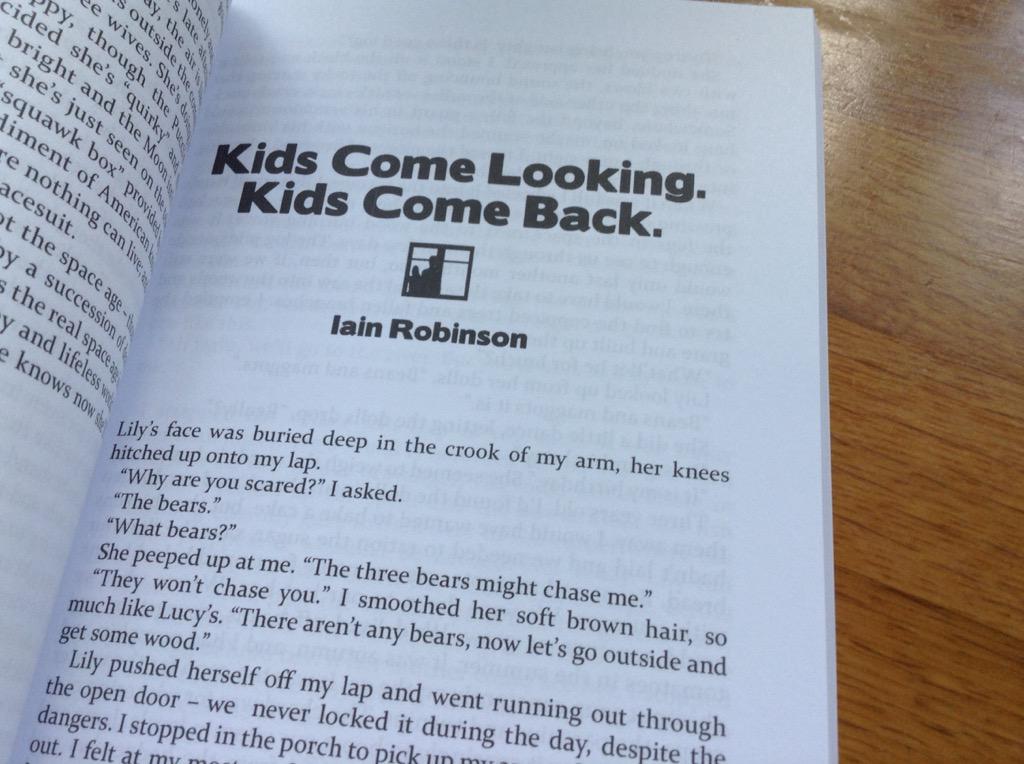